While I was taking photos of paint drying, the paint itself was choosing the subject - and the composition.  I'd already decided to go wherever it took me - even if it was a complete mess - and with a bit of luck  this experiment might produce a couple of actual paintings!  As the paint dried I could clearly see at least one figure emerging at the top of the right hand sheet.  Because it was the Sunday after Easter, I immediately thought of the women at the tomb.  But as the paint dried further, the figure reminded me more of traditional depictions of John the Evangelist - fair and beardless.

By the time the paint had dried even more, I could see two figures on the right hand sheet (although the left hand sheet didn't suggest anything at all at ths stage). If the first figure became John, the new figure could easily be turned into the apostle Peter - he was clearly wearing a cloak, and I could even see his beard.  But what might they be doing?


The Sunday after Easter is Divine Mercy Sunday.  This Easter had not been the one my husband and I had expected, but we did find time to pray the Divine Mercy chaplet as a novena, from Good Friday onwards.  I realised that the various splodges could be made to depict the first reading for Divine Mercy Sunday, which is about Peter and John working signs and wonders in the Portico of Solomon (Acts 5:12 - 16).  I could see a bit of the Portico itself, and a place to include the faithful bringing their sick.

In that case, I thought, why not turn the second painting into the Gospel reading for Divine Mercy Sunday - the story of Thomas (John 20: 19-31)?  I could see how it might be shown - Thomas's moment of belief, while another anonymous disciple looks on - I could even see what might be made to look like praying hands.

So here are the two paintings.  I'm not entirely sure what they are for, but having taken another look at them, I realise that each one is about giving and receiving: love, grace, forgiveness, healing, mercy - freely given to us - and for us to pass on to others. 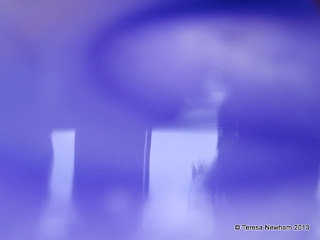 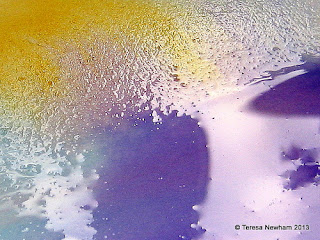 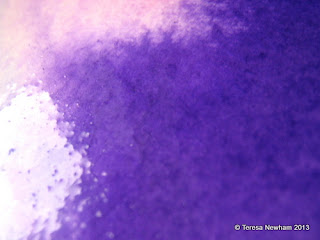 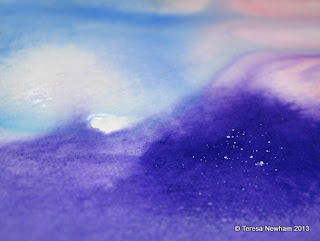 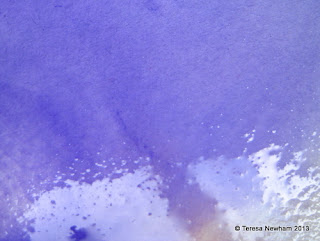