a walk round the corner - May, June, July

We're now on the final lap of the countryside diary I started to keep in August 2013.  When I last posted in this series in April, we were just seeing the first signs of Spring, so by May things had moved on quite a bit. In the first field what I had originally assumed to be grass was becoming a proper crop:

And on the oak at the edge of the field, the first leaves were unfurling!

In the second field, and along Mud Lane, things were looking green:

And the hedgerows were full of cow parsley.  It was everywhere!

By June, the crop in the first field was springing up:

The old oak was fully in leaf:

Ferns were now growing at the entrance to the second field:

And wild honeysuckle was beginning to bloom in the hedges:

July, and the wheat in the first field now has ears.  It's definitely Summer and the sun is out!

The cow parsley in the hedges under the old oak is far taller than I am:

Wheat is also in evidence in the second field.

The hedgerows are full of this pink flower.  It looks a bit like phlox but I think it's called rosebay willowherb!

Well, that brings the year full circle.  We'll definitely continue our walks - I'm keen to see how that wheat ripens up - so watch out for an update here from time to time!


Sometimes it's good to take your watercolours and just experiment - particularly when you haven't used them for some time and need to loosen up.  Last week I decided to re-interpret the two Venice paintings I made back in March, just going with the flow to see what happened.  On two consecutive days, with Vivaldi's Gloria in the CD player (is there a more Venetian composer?) and the same Venetian glass colour palette as previously, I mixed up some thin washes.

I applied these to a block of Hahnemühle Andalucia paper with a wide brush . . .

. . .  waited for them to dry and added stronger colours, holding the block upright now and again so they ran down the paper.


Finally I added a gondolier, a misty bridge in the distance, and some shadows at the top and outer edges: 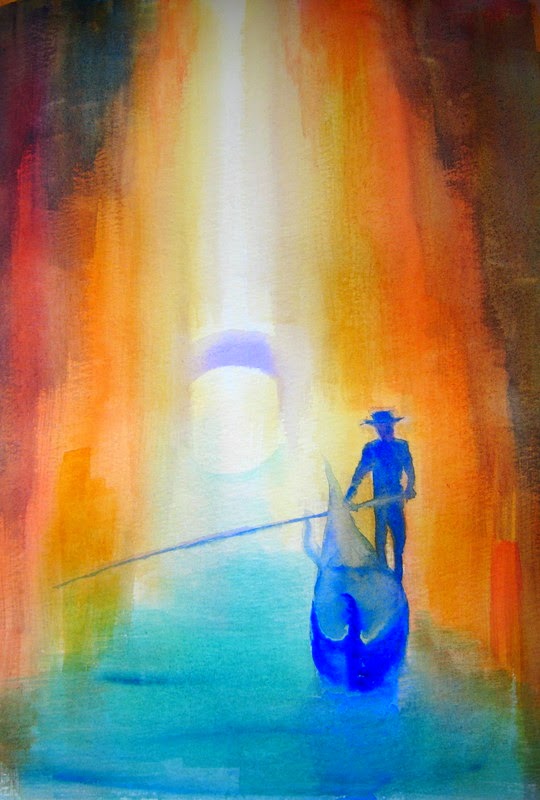 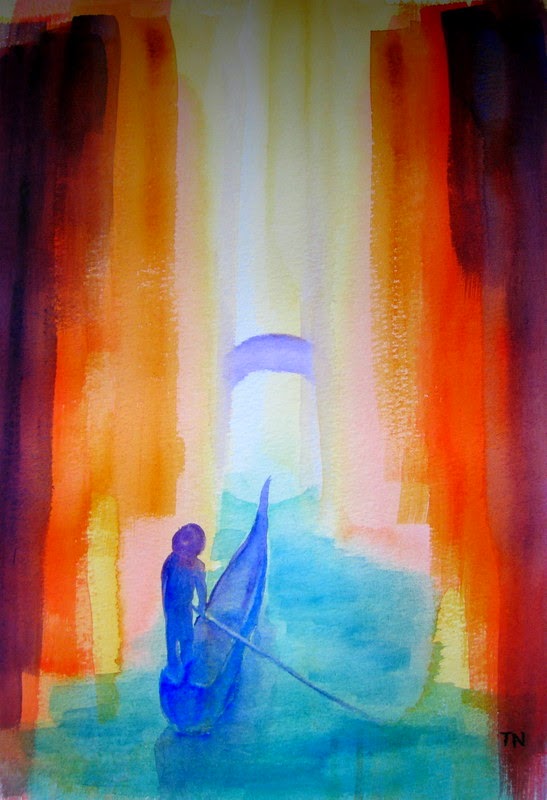 So I now have four paintings of Venice - two sets of two each!  I'd like to exhibit a couple of them at Open Studios in September, but my dilemma is - which ones?