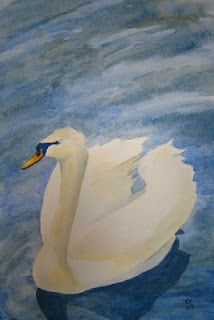 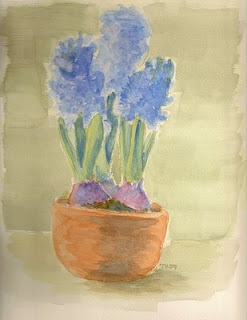 I like the immediacy of this painting, but what you gain in vibrancy you lose in composition. I soon realised it was too close to the top of the paper (and slightly to the left) but having started, I didn't want to stop. Oh well!
Posted by Teresa N at 19:08