It's a special period, the time between Christmas and New Year. Things are just starting to stir in the garden; the church is still celebrating Christmas Time, harking back to the old tradition of daily feasting and jollity during the Twelve Days of Christmas; some people call this week Betwixtmas and spend it watching Netflix in their PJs; and many of us fortunate enough not to be working have been taking time out to rest, contemplate, dream and plan.

Since the excitement of Open Studios and the Harpenden Arts Club exhibition back in September and October, my art life has consisted almost entirely of printing up old Christmas cards to sell in aid of the church building fund, and creating a new one for friends and family. This week I put the few remaining cards into storage, freeing myself to think about other projects.

I'm hoping to get started soon on a design for a linocut which has been sitting in my sketchbook since September.  As quite often happens, the delay in getting around to doing anything with it  has been a blessing, as several ideas have floated to the surface in the meantime.  I also want to see if I can adapt an old sketch and turn it into a Japanese Woodblock print or two - it's hard to resist the lure of the Skelligs . . .

Mainly, though, I've been content to relax and leaf through my books, including A Year Unfolding by Angela Harding, which I was given for Christmas.  There's a new Moleskin watercolour sketchbook which I'm looking forward to using outdoors when the weather improves. Laura Boswell's latest video The Twelve Gizmos of Christmas has given me a few ideas, and the February (!) edition of Artists and Illustrators dropped through the door this morning. Time to look forward to a Happy New Year! 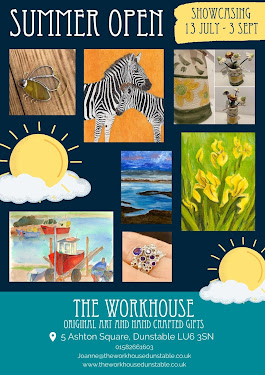